Dangerous Territory: the Mind of a Writer

Ahoy, hearties, y’are about to enter the swampy mind of a writer. I’ll gi’ ye no further warnin’ other than to say this is an experiment and you the guinea pig. Good luck on ya!
June Joint, 11:43 a.m.
No place to plug in. drink my tea, Irish tea. Not very strong. Damn did I bring my notes from yesterday’s LitChix? Yes, oh, crap, forgot to wish Dan a Happy St. Patty’s but he’ll be okay, I’ll call … I wish the guys next to me would be quieter. Loud. Okay, what to do now. Need to write my … who’s that? Someone said hello, but don’t recognize him. What about notes. Again. Go through them, order lunch, call Dan, drink tea, notes that Chris and Patsy made seem to contradict but complement, but doesn’t matter, I know the direction I’m taking with the new chapters and think I gave them clear direction on where I’m heading, funny that yesterday at the kids’ I talked about my characters in this novel, my excitement from the morning critique and nothing but blank looks, I know, don’t have to tell myself that why wouldn’t that happen when … switch gears, back to the chapters from yesterday and my excitement, shoot need to call Randy Sue back, we were having such a great conversation about our novels before the power went out, interesting that we’re both loving the writing at the moment, not very often this happens in the joy department and a reprieve from all the bad news out there and whoops need to take my adrenal pill to get me on track and stop thinking about the tsunami, the nuclear plants melting down, the stock market tanking … monkey mind again, always freakin’ monkey mind throwing me off from the novel, focus, the beginning, the slower pace, the … oh, should have told Patsy that this is a way to engage, almost hypnotize the reader and not the same artificial … no, that’s not what Lois Jean called the last version, the one … did she say contrived? Or did she say … crap, can’t remember, but … oh ya! Forced was her her word, and that’s what stopped me, not her, but reaching a later chapter and … she felt as I did too as I’ve gone back to the way I began writing years ago with the lyrical tone and the capture of the reader through what seems to be normal but is far from it, the
(Had to drink tea and say hi to a friend.)
Where was I? this isn’t—and I’m just now understanding this—this isn’t the way my mind works say for example in the car when I’m working something in my head … the act of typing this doesn’t convey the actual real work of a writer’s mind when fully immersed because when recording the mind, the mind works closer to the surface, the act of typing taking away spontaneity and run on thinking and close scrutiny of a problem and what is the problem? Where to go with suggestions from C&P, where I really need to tweak and I think that is just at the beginning, giving it a good first sentence, some ordering changes, putting some of it up front, fleshing out a few emotional points letting it breathe … no it is breathing, that’s no longer the problem, letting the reader be there in their shoes and giving them an inside look at the day to day laced with the betrayals that have plagued both sisters and kept them locked together and chained to their pact … that’s not a problem now opening the window and instead of … what? Shit, what was I thinking? Okay maybe it’s just as well I don’t think about this too much and just get some lunch and read the notes and forget that this jumble of whatever is going to get posted because I believe in experimenting as a writer and the forgiveness of readers and damn, if we didn’t work in tandem, we’d have nothing, no love of telling a story or creating a world, and … if I could only make you happy, kind of a love affair where if I didn’t have the reader, I’d be doing nothing but … this isn’t exactly where I wanted to go but after escaping the coast and having two days without electricity this seems tranquil and healing to just let go and be … be what is a big question, but oh, hell, this is just what it is and once I read the notes, I’ll be back at it and loving it and then I have to go to Florida and that’s fine because god knows I need a break and new scenery, good weather and being away from the norm will have to rejuvenate … better rejuvenate or at least … oh, never mind. I’m hungry. 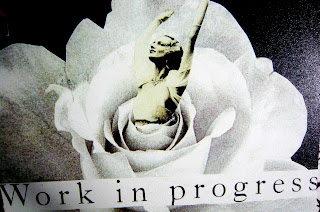 So now, maties, we know the writer’s mind is neither lovely nor interesting nor dangerous--except to me--and that’s a fact. But we sailed together, sank this post, and snorted at the attempt. But here’s the truth dating back to Chaucer (c. 1374):
Nothing ventured, nothing gained.
Next week, I’ll tell ye a tale of my writer’s week at Rockaway Beach, one that began with a spring day full of sun and calm crystal ocean, ending in the middle o’ the night with the fear of dying. A small brave crew “wrote up a storm,” giving meanin’ to that old sayin’.
I may even give you more about the novel-in-progress in a later post.
Here’s to ye Irish out thar! Tip a pint and pray for better weather.
Your gobsmacked captain,
Val
Coming Up!
"Wild Week at the Coast: my Latest Writer's Retreat"
"Key West Adventures"
"The Fountain of Creative Ideas, or Why My Resume Wouldn't Land Me a Normal Job"
"Platform, Flatform"
... and an interview with Jessica Maxwell of Roll Around Heaven
Posted by Valerie Brooks at 1:00 PM

Loved the experiment! And being inside your head even if for a few moments. Makes me feel...uh...more normal. I know it's not truly the same but the switchbacks and skips and jumps across rocky paths and back again made me laugh. And just like with me, the stomach always wins! Can't wait to hear the writing retreat tale from a pirate's perspective! Er...have I complimented your sails lately?!
Have yourself a whale of an adventurous (yet restful) voyage! And don't look back for a blasted minute!
Happy Spring~ Kirsten

Good to know I'm not crazy; well not exactly a true statement but still...my run-on thoughts and mach-speed self-speak feel tremendously more real-writer-like now that I know I'm not alone. Have tipped the suggested pint (how can those big things be only a pint? look like quarts to me!) and I'm still in prayer for good weather, which by the way I sincerely hope you are enjoying in Florida 'cause we're still sloshing our way through March. Here's an Irish Blessing for ya: "May the wings of the butterfly kiss the sun and find your shoulder to light on..." ('Cuz we could USE some freakin' sun; I'm hopin' that butterfly lands a whopper!) Blog on, captain! Lois Jean