The Rise and Rebellion of Women Noir Writers 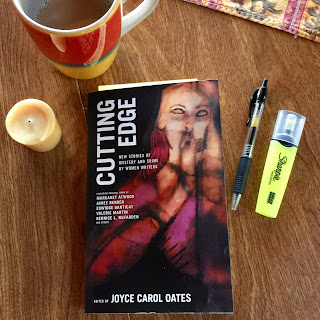 Women writers of crime, mystery, and noir have been kicking their male counterparts in the keister lately. Evidence of this is Akashic Books’ outstanding new anthology Cutting Edge: New Stories of Mystery and Crime by Women Writers. In the world of noir, Akashic wears the publishing crown of noir, from novels to over 100 noir anthologies set in cities around the world.

In this new anthology, authors Aimee Bender, Steph Cha, S.J. Rosen, Edwidge Danticat, and twelve others prove that women have the cutting edge over their male counterparts. Joyce Carol Oates who Akashic calls “a queen of the noir genre” puts her keen, dark eye to stories that skewer the gendered status quo of “femme-fatale.” No longer do women lure hapless men to their demise. Instead, these writers of femmes-noir, a subcategory of contemporary neo-noir, have a little fun at the expense of a crumbling patriarchal society.

The modern female noir and crime story covers a lot of ground. These stories with their strong sense of place and atmosphere kept me up late into the night and gave me thrills and chills.

But the PI is female, owns an apricot-colored chair, and drinks whiskey, rocks, “to maintain image”; the beautiful client vapes and owns a cat; and other characters develop Etsy sites and drink pale ale. Never far away, however, are the fires, a physical and existential threat. 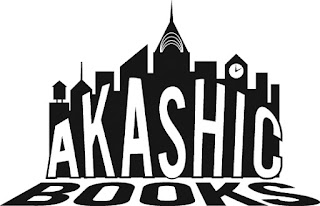 Another favorite is Bernice L. McFadden’s “OBF, Inc,” a terrifying contemporary tale set in office spaces that could be in any city. This is alternative current history where Black Lives Matter is a terrorist group and blacks are only allowed typewriters and analog phones. By the end of the story, you’ll learn what OBF stands for and why racism still burns hot in our current culture.

Whatever your taste in dark tales, you’ll find delicious ones in Cutting Edge. Steph Cha’s “Thief” is more crime than noir and Elizabeth McCracken’s “An Early Specimen” is more horror than crime. Justice, a favorite theme of mine, finds its way into Shelia Kohler’s “Miss Martin,” another story that raises the current curtain on dark days.

Round out this anthology with a Joyce Carol Oates story and Margaret Atwood poetry, and you have a gift to reread and read out loud. The cynical voices, themes, exemplary language, even the settings defy categories and would be comfortable in either literary or genre. To be scared, stimulated, transfixed, and entertained should be the motive of any writing. Cutting Edge is perfect reading for those with a taste for the nocturnal.

Posted by Valerie Brooks at 1:50 PM